Some month ago was the release date of the debuting demo of a SKA formation from Budapest, so I’ve sent  a few questions about the album and the genre to Ádám, the good‐looking bass player of the band. Many people was excited as they’ve been waiting for the album. Personally, I think Bad Habit is a band who might be able to renew the SKA community here.

I want to know everything about you!
The forming of the band already happened 3 years before, but we became active just in the last one and a half year. Prior to this many member changes pulled us back. It was hard to do rehearsals and move forward with the tracks (songs?). So from the original line‐up only Nóri (vocals), Tomi (trumpet), and Ádám (bass) le. Later on Balázs joined us as a guitarist and he dragged Alfi with himself to play drums. Our first saxophonist wat Schubi and by that time we already did some gigs but he quit and Kristóf came into place. As the last Peti joined us with his keyboards to complete the sound of the band.

We could list quite a lot artists from different styles who have had an impact on us. In SKA we love mostly the bands from the 80’s and 90’s, both at home and abroad. It’s important to mention that most of us from the band grew up in the punk/harcore community or we have some sort of connection to it. It determines the attitude of the band. Every member plays in different bands as well, covering a wide range from country to hardcore‐punk, also there is someone who went to university to learn music. So music is present in all our lives outside the Bad Habit. 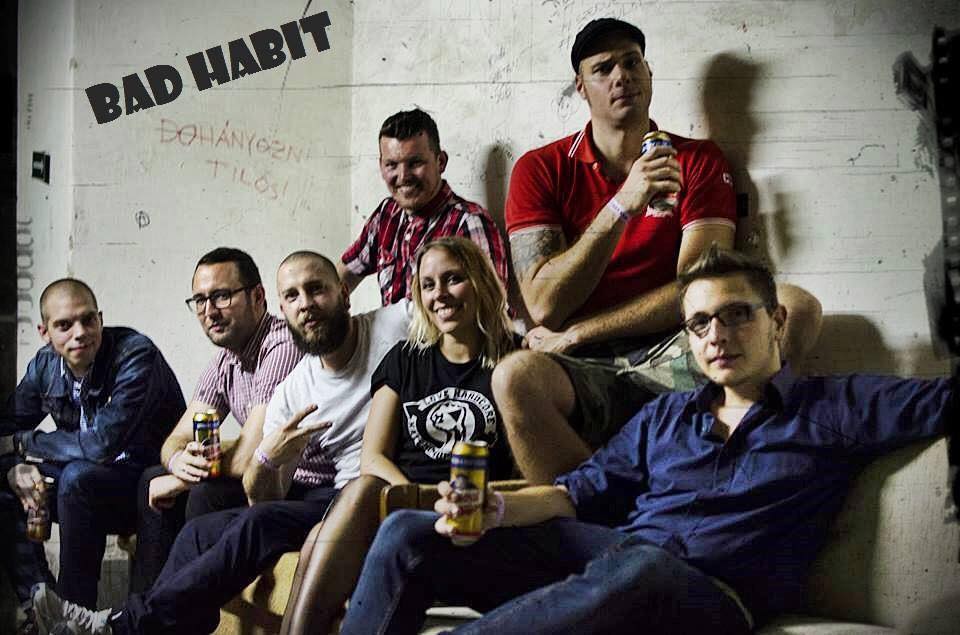 Nóri is the only girl in the band. Do you completely suppress her, or she is dominating everyone?
Everyone disses each other each other down in the band irrespective of sex, age or religious views. It’s full democracy here, we can talk to each other, no jokes. It’s handy for a 7‐member band.

Your lyrics are mostly in english. What are the topics? What’s under focus?
Mostly, the songs are about more serious topics, we are not trying to be the “joking” ska orchestra that many people identify the whole style with. Rather, we have critically‐sounded songs on a variety of topics. A few songs are inspired by the current crappy situation that we feel on our own skin, but there are songs about a concrete events or a commemoration of the victims of police violence. Or, for example, “You better know” is a more romantic song, as the Hungarian word “Szívrabló” [translates as ‘heart‐stealer’ in english but it means heartbreaker] is not about any organ dealer. So there are all sorts, there is no topic at all, which could be very new to anyone, we just sang in our own style. By the way we are trying to remain positive in the lyrics as well. Recently, 8 songs have been released from the band, which you can already find on Internet.

Are you planning to release it as a record?
Yes, we are planning to release it as a cd and cassette, we try to do it fully DIY and the El Bastardos guys will help us. In concerts you can buy them for sure, but if you need it for real, just PM us on our facebook page and we will send one. We want to release a vinyl version with these 8 songs. There is already a publisher who would help us in this, it’s currently in conciliation, it seems to be ready sometime in the spring. Hopefully it will be done not later than by the beginning of summer! 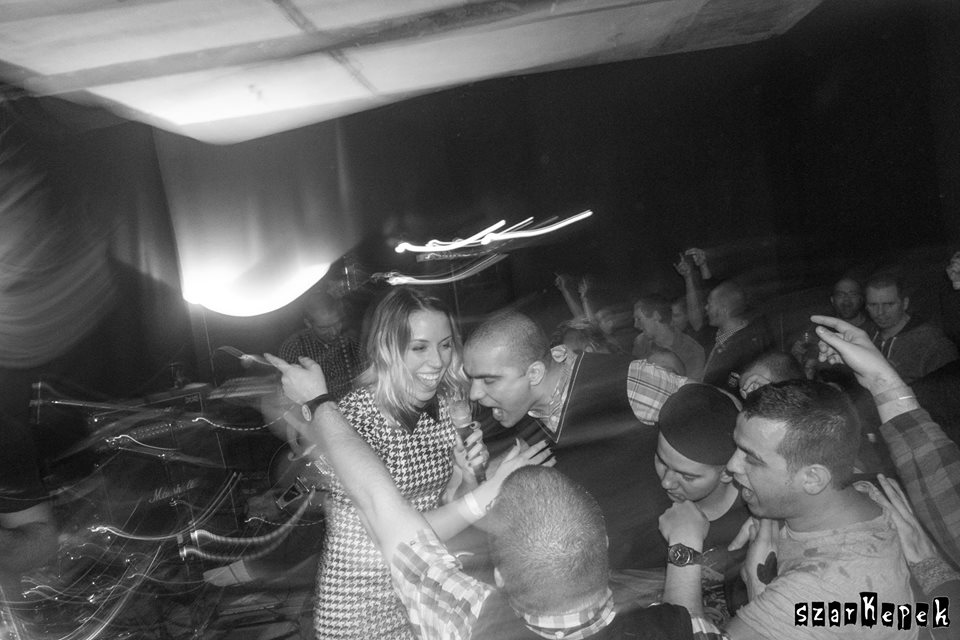 I heard that some of the more famous underground labels in the world came to you. How true are these news? If so, who?
Yes, when we recorded some concerts on the internet, many people began to ask if we have a record or some studio material, but unfortunately for a long time we could not show anything. Especially disc stores and distroirs were looking for us, and a publisher I mentioned earlier who we already contracted, because they would like to release the recordings on vinyl. You don’t need to think of a big labels here, they want to publish it with a completely underground attitude and fair conditions, which is also quite sympathetic to us. I would not say the names yet, but if it really comes together, the disk will be available in quite a lot of places.

In the meantime, you mostly play at streetpunk parties. What do you think about the ska situation at Hungary and how would you shape it?
Yes, we mostly go with the streetpunk bands of Hungary, we had sick parties with Böiler, Derkovbois or Belfegoi, in Budapest and in the countryside. On one hand, this is due to the fact that we share members with the streetpunk bands, and on the other hand, ska is popular in this scene as well. Unfortunately, the ska scene in Hungary has not been able to show any interesting novelties for many years now. PASO moves a lot of people and is very popular, which is a good thing, but there are no really active, smaller bands who can make good club parties on a regular basis. Now many people are waiting for the Seventeen reunion, hopefully they will not only be on stage for 1‐2 concerts. The Last Minute, which is probably the closest to us in style, was also played two charity parties last season, and it would be great if they would get their shit together already and play again this year. There was a party with Super Starsky or with Kettő-Kettő as well, and there were quite a lot of people at the concerts, so there seems to be a need for music at home, but a litt more energy should be provided by bands. More concerts, more records. Not to mention that a foreign band is good if it plays 1‐2 times a year in Hungary, mostly as a PASO warm up band.

Where to in 2017?
Now that we have this little studio material, we hope we will have more opportunities to play at
home and abroad. Although it is difficult to combine the rehearsals, but there are new songs and song ideas. We are working on them, even if the band is slow, but it’s moving forward. By the way thanks to everyone who has helped us in any way and thank you for this interview!

Thanks for the english version for the Piton Translate Co.